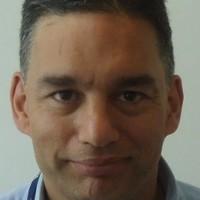 Paul joined the Insolvency Service as its Head of Policy in August 2018. Previously he worked as the Head of the Company Law Framework in BEIS where he was responsible for the policy output of Companies House and lead the consultation on “Insolvency and Corporate Governance” which announced a number of major reforms to the insolvency legislative framework. Paul’s previous roles in BEIS include the Better Regulation Executive working on the Coalition Government’s deregulation agenda including the Red Tape Challenge, and in Competition Law where he worked on public interest mergers such as the Lloyds takeover of HBOS during the financial crisis and the aborted takeover of Sky by BskyB. He also work on the wider competition law framework under the Enterprise Act 2002 and was part of the project that merged the old Office of Fair Trading and the Competition Commission to become the Competition and Markets Authority.