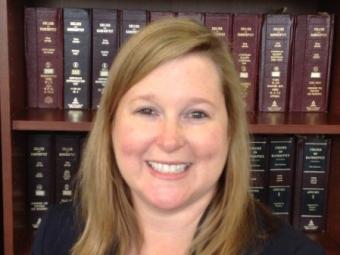 Lisa A. Tracy is the Deputy General Counsel for the Executive Office for United States Trustees.  She served as Counsel to the Director of the Executive Office from 2007 to 2008.  Previously, Ms. Tracy served for two and a half years as a Trial Attorney in the U.S. Trustee Program’s Brooklyn field office.  She joined the Department of Justice in 2002 through the Attorney General’s Honors Program.  Prior to working for the Department, Ms. Tracy was a law clerk for the Hon. Lee M. Jackwig, Chief Bankruptcy Judge for the Southern District of Iowa.  She is a graduate of American University’s Washington College of Law (2001).