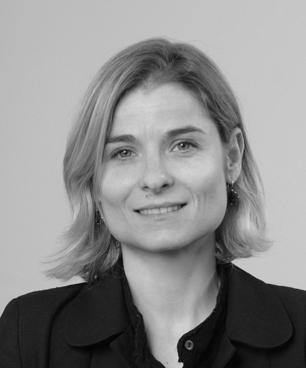 Frederique Dahan presently serves as Lead Counsel and Head of the Financial Law Unit (FLU) in the Legal Transition Team (LTT) of the EBRD, which provides legal reform assistance to the countries of central and Eastern Europe and the former Soviet Union.

Prior to joining the EBRD in 2000, Frederique worked as a Lecturer at the University of Essex, in the  United  Kingdom,  teaching  Comparative  law,  European  Company  Law,  Cross-Border Insolvency and Business and Corporate Law Issues in Central and Eastern Europe. She was also a Research Fellow at the Institute of Advanced Legal Studies in London, UK.

Frederique is a qualified French solicitor. She received her Doctorate in Law from the University of Paris I Panthéon-Sorbonne.