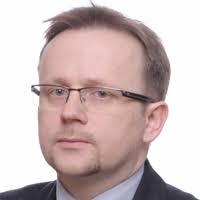 Emil is judge of the District Court for the Capital City of Warsaw. From 2005 to 2013 he was adjudication in the bankruptcy department.

From 2013, he was delegated to the Ministry of Justice, Legislative Department of Civil Law. He participated in the work on the Restructuring law (enacted in 2015, in force as of 1 January 2016).

In  2017-2019, Emil was a member of the Minister of Justice's Team to develop proposals for changes to the provisions on bankruptcy of natural persons; content supervisor of projects related to bankruptcy and restructuring law prepared at the Ministry of Justice; participant in legislative work on the restructuring and bankruptcy directive.

Since May 2020 he had been head of the Unit of Supervision of Insolvency Practitioners.

Since June 2022 he has been Vice-Director of the Department of Commercial Law.