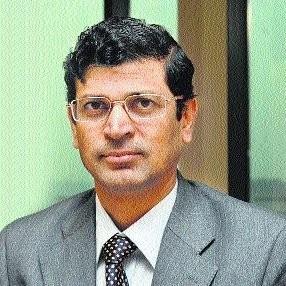 Dr. M. S. Sahoo, an acclaimed thought leader in the area of securities markets and a distinguished public servant, currently serves as Chairperson of the Insolvency and Bankruptcy Board of India. He has served as a Member of the Competition Commission of India, Secretary of the Institute of Company Secretaries of India, Whole Time Member of the Securities and Exchange Board of India, Economic Adviser with the National Stock Exchange of India and held senior positions in Government of India as a Member of Indian Economic Service. He also had an eventful legal practice. He has served on Boards of a few organisations, including Oriental Bank of Commerce, Management Development Institute, and National Institute of Securities Markets.
Dr. Sahoo has substantially influenced reforms in India securities markets over the last two decades. He has conceptualized, designed and steered major reforms such as dematerialisation of securities, architecture of regulator and regulatory tribunal, trading of derivatives, on-line examination for market professionals, setting up National Institute of Securities Markets, demutualization of stock exchanges, and the rule of law in securities markets. He is credited with a few landmark orders, including disgorgement, and significantly contributed to development of securities jurisprudence. He is credited with a few popular terms such as Neo-government, dematerailisation, NISM, MII, ISMR, BhDRs, second order state functions, etc.
Dr. Sahoo has been Chairman / a Member of several expert committees set up by Government and regulators. These include Chairman of the Committees (Sahoo Committee I, II and III) on Depository Receipts, Domestic and Overseas Capital Markets, and External Commercial Borrowing. He has delivered talks at national and international fora and written over 100 articles. He has post-graduation degrees in Economics, Law, Management and Company Secretaryship.