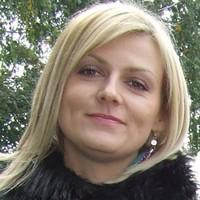 Jelena Todic was engaged in Bankruptcy Unit of Serbian Privatization Agency from 2005 to 2008 dealing with the bankruptcy of the state-owned companies. Since 2008 Jelena shifted to regulatory field and started working on supervisors posts in the Bankruptcy Supervision Agency (the BSA), and subsequently she has been appointed as the Director of the Supervision and Profession Development Center since 2019.

As the BSA team member, she participated in drafting the Bankruptcy Law, the Law on BSA and various by-laws from the bankruptcy field.  As the BSA representative she is currently a member of the working group with the aim to prepare a draft law that will regulate the bankruptcy of entrepreneurs.  Apart from coordinating daily supervisory tasks and legislation draftings, Jelena has also been responsible for managing organization of various seminars, trainings and annual conferences for bankruptcy administrators.  And last, but not the least Richard Turton Award for 2006 by INSOL Europe, INSOL International, the English Insolvency Practitioners Association and R3, the Association of Business Recovery Professionals in the UK inspired Jelena to be more active on international scene. She has been actively participating in various projects led by international organizations like WB, EBRD, USAID, GIZ.

BSA team is very confident and enthusiastic to host IAIR members in Serbia in 2023, to share with them first of all bankruptcy knowledge and performances, but also the hospitality, art of living and rich culture of Serbian people.