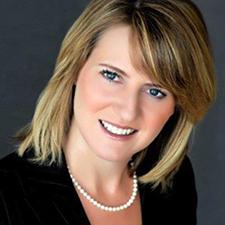 Elisabeth Lang was appointed Superintendent of Bankruptcy for a five-year term, effective October 7, 2018.

Prior to that, Elisabeth worked at the Competition Bureau Canada as Associate Deputy Commissioner, Deceptive Marketing Practices and, from March 2016 to April 2018, as Chief of Staff to the Commissioner of Competition. From 2007 to 2016, Elisabeth was Deputy Superintendent, Program Policy and Regulatory Affairs with the Office of the Superintendent of Bankruptcy (OSB), where, as part of the executive team, she was responsible for regulations and directives pursuant to Canadian insolvency legislation, the establishment of national policies and processes, training, licensing, compliance and litigation matters.

Elisabeth joined the OSB following three years at the Department of Justice as Legal Counsel with the Insolvency Law Group of Industry Canada Legal Services. Prior to joining the federal government, Elisabeth spent seven years as a commercial litigator in private practice. Elisabeth earned her Bachelor of Arts degree from King’s College at the University of Western Ontario and her Law Degree from Osgoode Hall Law School.

Born in Saskatoon, Elisabeth has lived in Winnipeg, London, Toronto and Ottawa. She is married with three daughters.